Posted by rosemaryanantham at 21:45 No comments:

Election of five-non-permanent members of the Security Council

Posted by rosemaryanantham at 08:15 No comments:

Posted by rosemaryanantham at 06:32 No comments:

CHAPTER - 2 – THE END OF BIPOLARITY
1) Which three world events signify the end of Bipolarity?
2) What was the soviet system?
3) Why was the Soviet Union called a great power after the Second World War?
4) Why was Soviet Union system called authoritarian?
5) How did Gorbachev bring about disintegration of USSR?
6) Why were economic reforms necessary in USSR?
7) When did military coup take place in USSR? Who supported it?
8) Write a short note on the role of Boris Yeltsin.
9) What changes came in the Soviet system after the disintegration of the USSR?
10) Why did the Soviet Union disintegrate?
11) Name three Baltic States?
12) Who was the last leader of the Soviet Union?
13) Name two economic and political reform policies of Gorbachev.
14) When did the Soviet Union end?
15) Why were prosperous parts of the Soviet Union dissatisfied with it?
16) What were the consequences of Soviet disintegration on world politics?
17) What was known as ―shock - therapy‖ in the Post – Communist regimes?
18) What did the ―shock – therapy‖ involve?
19) What were the negative and positive consequences of ―Shock – therap?
20) What kind of tensions and conflicts are seen in the Post-Soviet era in a) Russia b) Central Asian Republics c) Eastern Europe
21) What kind of relations does India have with Post-Communist countries?
22) How can India get benefited by the Russian friendship?
23) How can Russia benefit due to India‘s friendship?
24) The soviet political system was based on which ideology?
25) Mention any three features that distinguish the soviet economy from that of a capitalist economy.
26) What was called as the largest garage sale in History?
27) Mention any two characteristics of the Soviet Political system.
28) Why did the Soviet system? become weak?
29) What was shock therapy?
30) What was Gorbachev‘s role in reforming the Communist Party?
31) "Rise of nationalism is considered to be the most important cause for dis-integration of U.S.S.R". Do you agree with this?
32) What is the difference between nationalism and secessionism?
33) Why did the Soviet Union collapse inspite of Gorbachev‘s accurate diagnosis of the problem?
34) How did the shock therapy adversely affect the Social structure?
35) Differentiate between Soviet Economy & the capitalist economy
36) What were the causes for the disintegration of the Soviet system?
37) What were the consequences of the disintegration of Soviet Union on world politics?
38) Discuss India‘s relations with Russia.
39) Discuss lndia‘s relations with former U.S.S.R.

Posted by rosemaryanantham at 02:59 No comments: 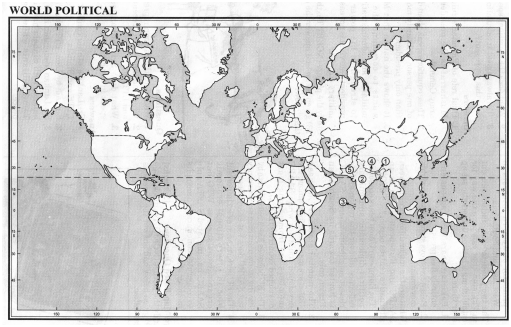 12. Study the cartoon given below carefully and answer the following questions 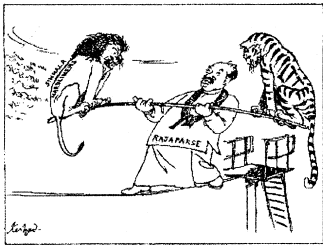 13.  Study the following passage carefully and answer the questions those are following
The lack of genuine international support for democratic rule in Pakistan has further encouraged the military to continue its dominance. The United States and other Western countries have encouraged the military’s authoritarian rule in the past, for their own reasons. Given their fear of the threat of what they call ‘global Islamic terrorism’ and the apprehension that Pakistan’s nuclear arsenal might fall into the hands of these terrorist groups, the military regime in Pakistan has been seen as the protector of Western interests in West Asia and South Asia.
(i) What is meant by ‘Global Islamic Terrorism’?
(ii) Why did Pakistan lack genuine international support for a democratic rule?
(iii) Why was the military regime in Pakistan considered as the protector of Western interests in West Asia and South Asia?
14. No region exists in a vacuum. It is influenced by outside powers and events no matter how much it may try to insulate itself from non-regional powers. China and the United States remain key players in South Asian politics. Sino-Indian relations have improved significantly in the last ten years, but China’s strategic partnership with Pakistan remains a major irritant. The demands of development and globalisation have brought the two Asian giants closer and their economic ties have multiplied rapidly since 1991. Delhi 2012 Study the paragraph given above carefully and answer the following questions
(i) Which two countries have been referred to as ‘Outside power’?
(ii) Which are the two Asian giants and why have they been called so?
(iii) China’s strategic partnership with Pakistan is a major irritant for which country and why?
15. Explain the factors responsible for Pakistan’s failure in building a stable democracy. Describe any two pro-democracy factors present in Pakistan which can pave the way for establishing a lasting democratic set up over there.(6)
16. “Nepal and India enjoy a very special relationship that has very few parallels in the world”. Justify the statement with any three suitable arguments.(6)
17. What does SAARC stand for? Highlight its any three main objectives.(4)
18. How is democratisation going on in Nepal since 1990?(4)
19. ‘Despite the mixed record of democratic experience, the people of all the countries of South Asia share the aspirations of democracy.’ Explain(6)

Posted by rosemaryanantham at 03:44 No comments: 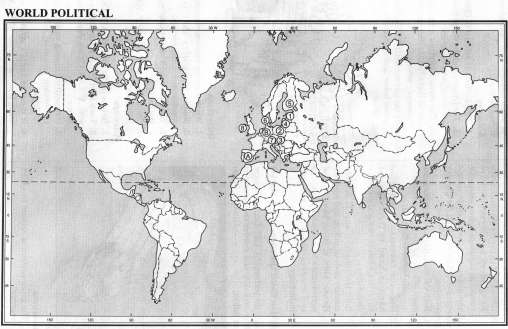 Posted by rosemaryanantham at 23:36 No comments: